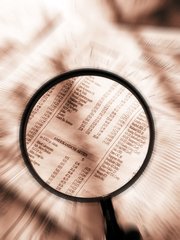 Miller Law Group – Miller Stern Lawyers, LLC is currently investigating allegations against Kenneth Blumberg and Stifel and has successfully litigated against Stifel, Nicolaus & Company, Incorporated and current financial advisor Kenneth Blumberg  (CRD# 1585520) pertaining to a multitude of allegations including taking discretion in customer accounts without authority, over-concentration in sectors and individual securities, breach of fiduciary duty, unsuitable investments and other securities violations.  Blumberg was registered with Stifel during the time of the events, located in the downtown Baltimore office of Stifel, Nicolaus & Company, Incorporated. Please call 410 Law Firm for more information.

A FINRA arbitration panel has ordered Stifel Nicolaus & Company, Incorporated to pay more than $1.5 million to four customers who claimed that their Financial Advisor, Kenneth Blumberg  (CRD# 1585520) unsuitably concentrated their portfolios in biotechnology and healthcare stocks at levels exceeding 80%.  It was further alleged that while the customers’ portfolios were profitable, Mr. Blumberg failed to protect gains in the account, which was a violation of his duties as a fiduciary, after which time the value in the accounts deteriorated by approximately $1 Million. The case against Stifel asserted that it failed to properly supervise Blumberg. In the Arbitration, the customers recovered 100% of their losses plus approximately $500,000 in consequential damages reflecting what the accounts would have gained from the time they withdrew from Stifel as customers through the date of the Arbitration had the gains been protected and suitably reinvested.

“The concentration risk and asset allocation defects associated with this investment strategy should have been ongoing ‘red flags’,” attorney Daniel J. Miller wrote in the Statement of Claim against Stifel and the broker that was obtained by AdvisorHub. “Yet, if they ever took notice, they failed to contact claimants and failed to take any corrective measures.”

Among other things, it was alleged that Blumberg over-concentrated the accounts in the biotech / healthcare sector.  The concentration got as high as 90%+ in one of the accounts.  Blumberg encouraged the customers, including the Levin’s who were in their 80’s, to not only “stay the course” but add to their positions as the portfolios began to lose value, according to the Statement of Claim.  It was alleged that Blumberg did not protect the gains in the accounts, but rather let it  erode in value as much as 50% in some cases.  The customers’ accounts fell from their peak by over $1 million.

The Arbitration Panel did not impose a monetary award against the broker, individually, but denied his request to expunge the customer dispute from his public BrokerCheck record.

The customers—Michael and Wendy Stern, and Paul Levin—had requested an “explained” award but the arbitrators did not provide one because of Stifel’s objections, according to the award document. In addition to alleging negligent supervision against Stifel, their complaint alleged breach of contract, breach of fiduciary duty, omission of facts/misrepresentation and fraud.

Blumberg’s BrokerCheck record shows three other customer complaints dating back to 2001 and 2003, in addition to the 2017 claim that survived his expungement request. Two of the earlier claims were denied and a third seeking $50,000 was settled for $27,000, according to BrokerCheck.

A related case involving eight other customers of Stifel and its former Financial Advisor, Coleman Devlin, is proceeding separately, Miller said. The claim in that case is for approximately $20 million inclusive of punitive damages.

The Claimants were represented by Miller Stern Lawyers, LLC call 410 law firm and The Law Offices of Marc Rosen, LLC of Baltimore.

Miller Law – Miller Stern Lawyers, LLC currently represents investors for claims of investment losses against Coleman Devlin, Kenneth Blumberg and Stifel and other brokers and broker/dealers for investment losses and fraud.  If you or anyone you know have experienced investment losses from the actions above or other situations, please call 410-LAW-FIRM or fill out the contact us form for a no cost consultation and evaluation of your claim.